A preliminary calendar for 2015 has been posted on the club's website.

Approximately 20 dates, mostly from Jan. 8-Mar. 12 & Sep. 10-Nov. 19, have been left open. If there are certain events that you'd like the club to run, mention them to President-Elect Bob Sherry, who takes the reins on January 1st, & the other officers.

Speaking about officers, aside from Mike Goeller being nominated and seconded for the Webmaster position, there has been little progress toward filling the 4 vacancies. At the December 18th Business Meeting, a Secretary was elected but I still have not heard if he is willing to serve.

With the email meeting not really working, I strongly suggest that business discussions be re-opened when club meets in person on January 8th. The time control for the Club Championship needs to be confirmed, too.

Well, my time as KCC Prez is nearing a close. I'm not sure how often I'll be attending the club this winter, but I hope to keep (err.. make that resume) playing for our GSCL team and enter the Club Ch. in the spring. 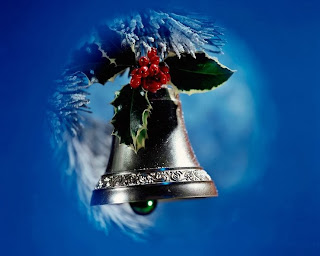 We will be closed on Christmas Day & New Year's Day.
Our next meeting will be on Thursday, January 7, 2015.
Posted by Kenilworth Chess Club at 11:33 PM No comments:

- The meeting was delayed until there was a quorum and did not commence until 9:15 p.m.

- President Moldovan announced he would not seek re-election or accept any appointment. He advised a club path for 2015 that included more lectures and seeking an earlier starting time.

- Treasurer McAuliffe reported that, following a donation to the Kenilworth Recreation Department and payment for the Holiday Party, the club will only break even this year and warned that we may not be able to keep our website when renewal is due.

- There was no voting for Secretary, Webmaster, Tournament Director and Trustee. Those nominated for the 1st 2 positions declined or were not present. The other posts were not even discussed. The club will attempt to fill the 4 vacancies by soliciting nominations and voting via email.

- The club will not sponsor any USATE entries in 2015.

- After a long discussion on the Club Championship, the attendees agreed to a two-section, USCF-rated tournament with a 6-8 player RR in the top group & a 5-7 round RR or Swiss in the lower section. To play in the top you must have an 1800+ rating.

The event will start March 26. It could conclude as early as April 23rd and as late as May 14. The cost to join will be dues (1 full year) + $10 entry fee + a $10 anti-forfeit deposit (=$35 for most players). The time-control was not discussed and will have to be addressed when details are finalized.

- A motion to hold another meeting in late May was approved.

A reminder:
Tonight LM Scott Massey will be giving a lecture on last month's Carlsen-Anand match.
Admission is $5. The lecture will probably begin at 8:30 but I suggest that you arrive 15 minutes early.
Posted by Kenilworth Chess Club at 12:59 PM No comments: